Just like we did last week with Node.js, now we'd like to announce that we're also offering React development services! 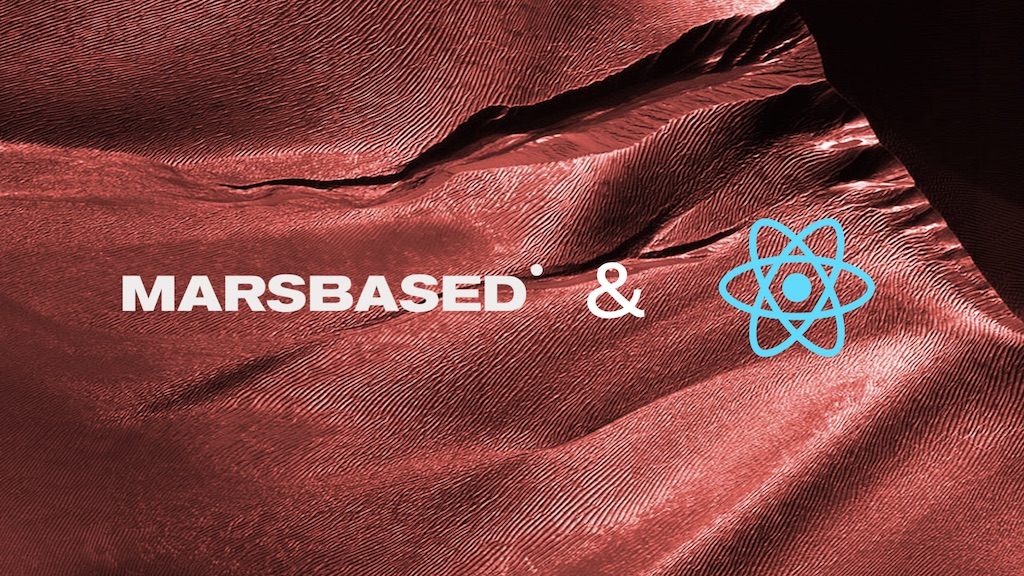 The more MarsBased grows, the more technologies we can cover. Last week, we announced that we're offering Node.js development services, and now it's the turn to announce React.

With React, we bring functional programming into our toolbelt, for projects that need a different approach.

If you haven't been living under a rock for the past last few years, you will have noticed that React has taken the frontend world by storm. With the strong support of Facebook and Airbnb, React adoption is growing exponentially all over the web.

There's much more to React than functional programming and the paradigm shift. In terms of philosophy, it is much more aligned with the Rails way of doing things than Angular is, for example. In fact, since the release of Rails 5.1, Rails offers native support for React via the webpacker gem.

React will allow us to deliver complex user interfaces in less time than other frameworks, mostly thanks to having a more simplified architecture. React is specifically designed to be more performant in the frontend thanks to its Virtual DOM.

Last, but not least, we will be able to cater to companies who want to have one single language in the techstack, with Node.js in the backend and either React or Angular in the frontend. This will help them hire faster, as they only need to hire a developer with strong Javascript skills.

Similarly to what we announced with Node.js, we felt like we needed to expand our toolset.

Not only did we see that most new client prospects coming our way required React, but we had a growing feeling of passing on too many of them because we didn't do React, and Angular wouldn't be the right choice for most of them.

Also, while we've grown the company, some of the new hires came with React skills and they have been training the rest of team members in to share their knowledge and thus increase our skillset as a company.

When our CTO, Xavi, announced that we're diving into React in 2019, the news was welcome with a cheering by the development team, so it's clearly a motivation boost.

We have always been keen on exploring new technologies, but very wary of offering them to clients too early.

As a team of expert developers, we'd rather offer fewer programming languages & frameworks we have mastered at length, than a wider choice at the expense of quality.

Where will you use React?

As always, we will study every project case by case and we will choose the right technology for each.

When we started the company, in early 2014, we chose the combination of Ruby and Angular because they were a good match and they were solid enough. Most of all, they enabled us to work at a significantly higher pace than other technologies, which proved to be critical when we were a small team and needed to deliver projects on time nevertheless.

We will use React as our default frontend solution, combined with either Ruby on Rails or Node.js in the backend, thus replacing Angular as our first choice.

That does not mean we're relegating Angular in any way to a second-class choice. In fact, we will still offer Angular development services as a core product of MarsBased.

However, we have noticed that most of the like-minded companies we work with or for are using React, and it feels right to be more aligned with them in terms of technology.

We are a team of experts in web development, using React, Ruby on Rails and other trending technologies to help medium- and big-sized companies, solopreneurs, NGOs, startups and big corporations with their development needs.

Feel free to reach out to schedule a brief call with our team to see how can we boost your company using technology and agile methodologies.