Rakuten TV – "Your cinema at home" - is one of the leading Video-On-Demand platforms providing the latest movie releases with the latest technology in a true cinematic experience available on Smart TVs, tablets, consoles and PCs.

Rakuten TV is currently distributed in 12 countries and it is part of the Internet and e-commerce Japanese giant Rakuten, now sponsor of FC Barcelona, The Golden State Warriors and Shakira’s El Dorado Tour. 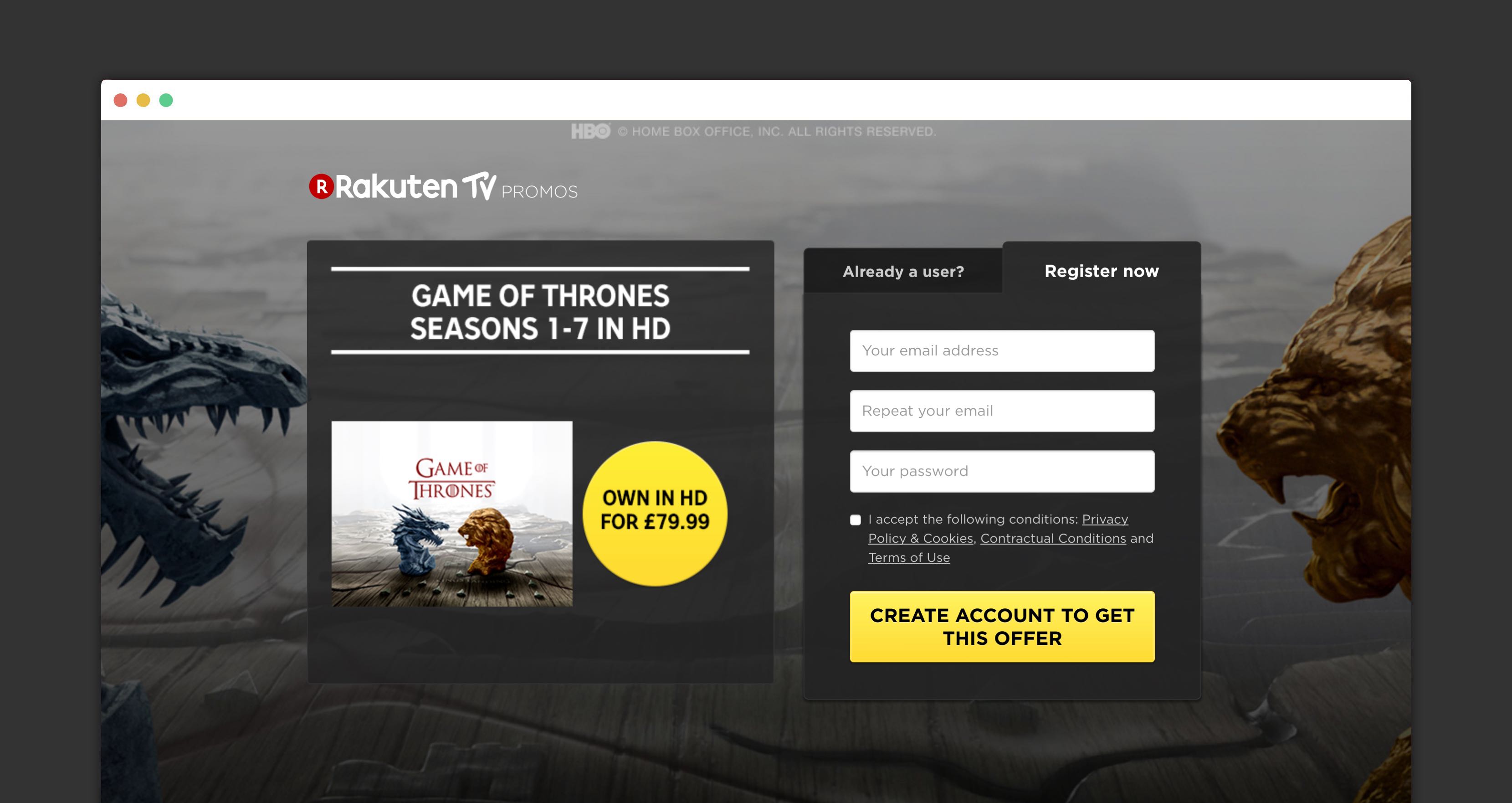 We have been one of the main development providers for Rakuten TV since January 2015, when it was still called Wuaki. Rakuten TV became the first big product company that hired our services, since they are constantly expanding their coverage around the globe.

Rakuten is our idyllic client: their teckstack is based on Ruby on Rails and JavaScript, they value high-quality code, and they use very similar development methodologies to ours. More often than not, we speak the same language, and they really appreciate our proactivity and communication standards in projects that require coordination with multiple departments and stakeholders.

Since February 2015, we have been developing tools for their marketing department and integrations with third-party services. By working with us as an external development department, Rakuten TV can keep their employees focused on the core product while outsourcing the needs of their non-core departments.

Our first big project for Rakuten TV was Wuaki Landing Pages, one tool for their marketing department to help them to create landing pages through a wizard. This app automates the creation of promotional landing pages without having to require their developers' involvement, thus reducing the time to market of these sites.

After Wuaki Landing Pages, we developed a voucher redemption app for the Wuaki users. This app allows Wuaki and Rakuten users to redeem promotional codes distributed in different marketing campaigns and/or online promotions. The app integrates with a third-party system called UltraViolet, a cloud-based digital rights management system allowing consumers to redeem digital versions of movies, TV shows and other media products in online services such as Rakuten TV itself.

Both products were built as pure Rails apps and we followed a very similar methodology. To begin with, Rakuten TV gave us the app design in a PSD file. Then, we created a Middleman repository that we used to code a static version of the app with plain HTML and CSS. Middleman is a tool to create static websites using modern development technologies, and to organise the source code in an efficient way using layouts, partials and Ruby helpers. We used SASS as our CSS preprocessor of choice, Bootstrap as the main framework and other complementary libraries like Modernizr and Autoprefixer.

Later, we created the Ruby on Rails repository, where we developed the application. We used Rubocop to ensure that all our code followed the same guidelines, Rollbar as our error monitoring tool of choice and Capybara as the test framework. Also, we had to integrate with the Wuaki API.

Some months later, we updated both applications to integrate with the third version of the Wuaki API, which was a huge step forward for them. 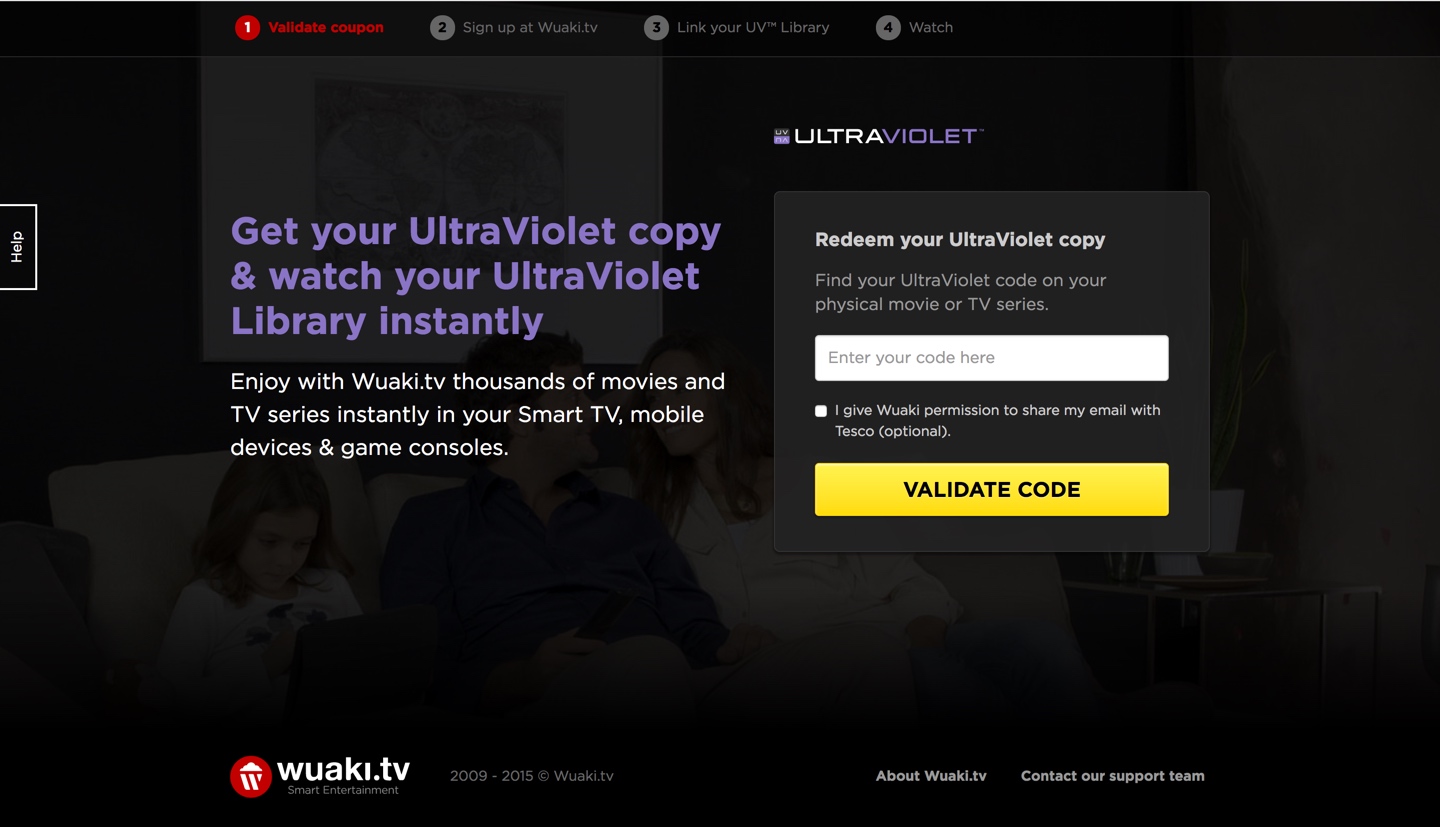 By using Wuaki Landing Pages, Rakuten TV were able to increase their signups a very significant percentage and reduce the number of dropouts throughout the process. For that, we implemented Google Tags, and tracked the behaviour of users going through the signup process, to identify bottlenecks and tweak the pages and their elements to increase the percentage of successes.

Throughout the years, we have both helped each other to grow. We have been proud to be a long-term partner for Rakuten TV, developing new apps for their different departments and we have even been approached to contribute to the development of their core product.

Because Rakuten TV is one of the best companies of the Barcelona startup scene, we hosted them at Startup Grind Barcelona back in January 2016. You can check the video of the interview with Jordi Miró, their CTO at the time, here.